On June 28th, 2010, ‘The Borneo Initiative’ (TBI) dramatically expanded its program activities by signing on another 8 additional forest concession companies.  Added to the initial 5 concessions which entered the program in January, this makes TBI the largest certification support facility of its kind in the world.

TBI was established in 2008 as a funding facility to support LEI-FSC certification in Indonesia.  TBI is supported by contributions from the Dutch building industry, timber importing companies, the Postcode Lottery, a private charity, and the Dutch Government.  The funding model is based on a financial support value calculated at US$2/hectare which is intended to assist with the external costs of certification.
Administratively, TBI has established a small office in Jakarta, which will provide oversight for certification activities and disbursement of funds.  The main activities will be carried  out by the participating forest concession companies in partnership with a technical certification support sponsor.

Mondays signing ceremony expanded the participating membership to 13 companies which combined, control  1,411,390 hectares of natural forest concessions.  The certification support program covers all of Indonesia and its member companies are located in the provinces of West Kalimantan (1), Central Kalimantan (5), East Kalimantan (5), Maluku (1), and Papua (1).

Participants, and their primary technical support sponsor, now include:

According to Jesse Kuiper of TBI, “...we see a high potential for expanding certified forest management in Indonesia.  Initially, we aim for another 4 million hectares of FSC certified natural forest by year 2015, but we think we can do even more.” 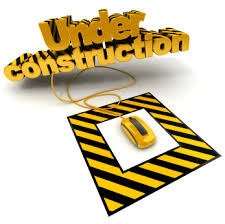