(A story of PNG Balsa and TFFs involvement under the RAFT partnership. Modified from a story developed for the RAFT website www.responsibleasia.org) 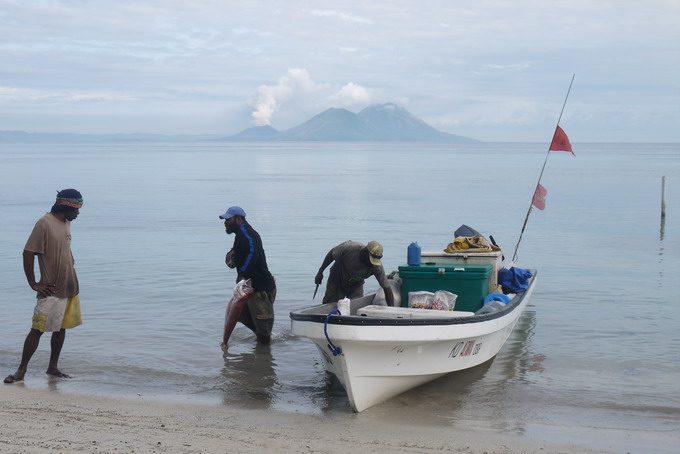 Farmers have long prized the rich volcanic soils of the Gazelle Peninsula in Papua New Guinea’s East New Britain Province. This region is one of the most beautiful in PNG. A land where lush vegetation and azure tropical waters meet in a harmony only periodically threatened by the brooding volcanoes overshadowing the ruined town of Rabaul.

Traditionally it has been one of the most prosperous parts of the nation, which, despite its vast natural and mineral wealth, remains scarred by poverty. The active cones of Vulcan and Tavurvur dominate the peninsula, and frequent eruptions have left deep and fertile volcanic soils as a legacy. 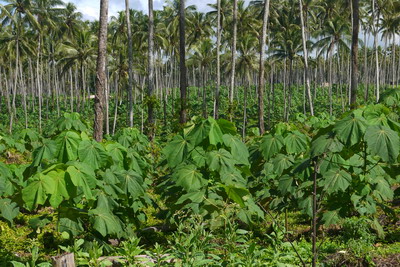 The peninsula has been settled as a major agricultural centre since the late 19th Century when the German colonial administration in PNG cleared it for production of coconut, cocoa and coffee, as well as for cattle grazing. These long-standing crops served local farmers well for almost a century. But a combination of low copra prices and an infestation of cocoa pod borer in the late 1990s brought many farmers to their knees, saddling them with bank debts they were unable to pay. However, a new crop, balsa (Ochroma pyramidale), is offering an alternative income stream to farmers on the peninsula.

Underplanting Balsa in a coconut plantation 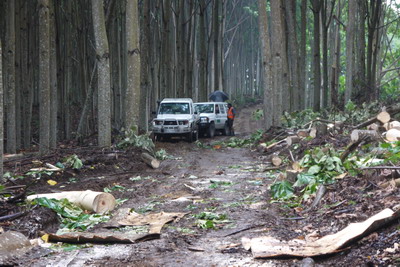 Balsa trees are native to the rainforests of South America but have also proved extremely receptive to the rich volcanic soils and humid climactic conditions of the Gazelle Peninsula. Balsa is extremely fast growing and can be harvested five years after planting. The trees produce a timber that is both lightweight and strong. We probably know it best as the basic material for building model airplanes. These days, its primary use is as the core material in the manufacture of turbine blades used to generate electricity from wind power, one of the world’s most promising sources of renewable energy.

Renewable energy is vital because of the benefits it provides. Technologies such as wind power are clean sources of energy that have a much lower environmental impact than conventional energy technologies derived from fossil fuels. Greenhouse gases are the major contributor to climate change most of which come from burning fossils fuels to drive our energy intensive world. Additionally, unlike finite resources such as oil and gas, renewable technologies will never run out, guaranteeing energy for generations to come.

Virtually all of the wood produced by PNG Balsa Company, the firm responsible for commercializing the species on the Gazelle Peninsula when it set up its operations in 1997, is sold to companies who build these turbines. Therefore, the lion’s share of the balsa being grown on PNG is going directly to firms pioneering a shift away from harmful fossil fuels towards renewable energy. This strong link between the timber trade in PNG and renewable energy is an example of how sustainable forestry can provide both direct and indirect benefits to the world in which we live. 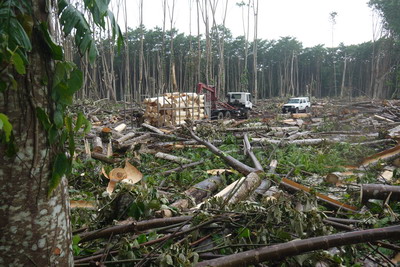 The balsa cultivation, spearheaded by PNG Balsa Company, totals around 3,200 hectares at present and has produced a number of benefits for communities in the area it operates.

To acquire the land required to introduce the new crop, PNG Balsa approached struggling cocoa farmers with the idea of establishing a joint venture. Through this approach, the company replants the land with balsa over the course of the next five years. A five year rotation generates a healthy royalty as well as an opportunity to engage as contractors with the company. This arrangement has enabled the landowners to settle their debts with the banks, keep ownership of their land, and reap better financial returns than they were getting through cocoa cultivation.

As well as being a major employer in the region, in areas being planted with balsa and also at the company’s processing facility in the town of Kokopo, PNG Balsa gives financial support to schools, an eye clinic and other civic contributions. 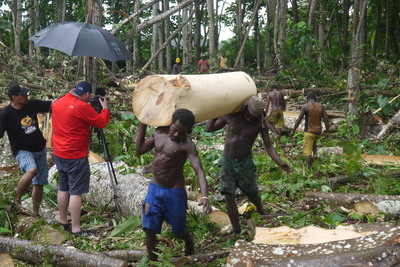 The company is gaining recognition internationally, particularly in countries such as Europe, the US and Australia where much tougher legislation is emerging which require more stringent assurances of legality. As a result, the PNG Balsa Company has been encouraged to obtain certification from the Forest Stewardship Council (FSC), and in response they contacted the Tropical Forest Foundation (TFF) for advice in January 2013.

FSC certification is a voluntary process for verifying responsible forest practices and is regarded as one of the industry’s most exacting standards. With funding from the Australian and U.S. Government funded Responsible Asia Forestry and Trade (RAFT) Program, TFF has guided PNG Balsa through the often complicated process of getting FSC certified.

“Most of our market is companies who buy sustainable products,” says Catherine Cameron the co-founder of PNG Balsa. “The way things are heading with governments taking a firmer stance on creating a better regulated and sustainable timber trade network, FSC certification will eventually be mandatory. Therefore, we are very grateful for the support RAFT/ TFF has provided to us during this process.”.