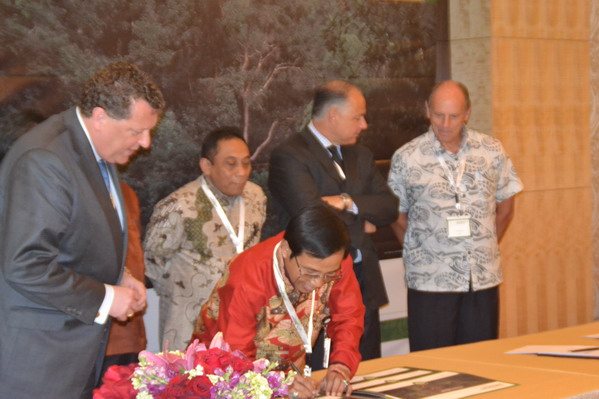 This event also celebrated the recent successes of TBI’s certification support program by recognizing the FSC certification achievement of PT Indexim Utama, PT Gema Hutani Lestari, and Cloudy  Bay Sustainable Forestry Limited, the only concession participating in  this program outside of Indonesia.  All three recent certification successes are represented by TFF under the TBI program.

Since its initiation in January 2010,  TBI assisted area of certified forest has now reached 1,253,890 ha, 75% of which has been achieved under the guidance of TFF.